A Contagion Worth Spreading 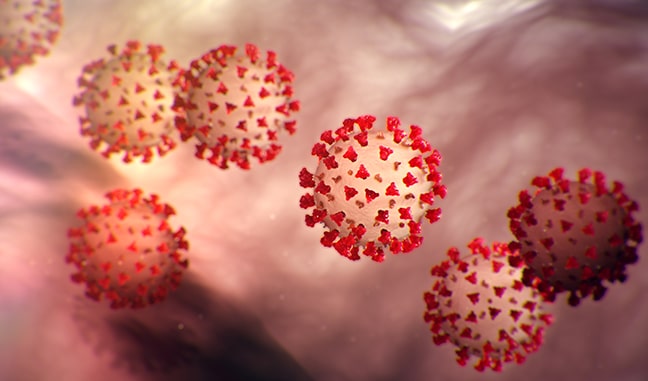 Word about the coronavirus disease and the panic it is causing has spread all over the news. Even though more people are dying from pneumonia and the common flu, people are still frightened over COVID-19. Could this be a sign of the last days?

Before I answer that question, let me say this. In my years studying and teaching God’s word, I have learned that when studying the Bible, we need to remember two things—the Bible is the word of God and God’s word is truth and lasts forever.

In my book, America in Prophecy: A Nation at a Crossroads, I argue that God’s word is being fulfilled. Things are not falling apart so much as they are falling into place. The Bible reveals that the last days will be marked by great turmoil, with “men’s hearts failing them for fear, and for looking after those things which are coming on the earth.” (Luke 21:26 KJV) The Bible tells us that certain events will serve as warning signs that the end is near.

So back to the question: Could this be a sign of the last days? In Revelation 6:7-8, it says: “And when He broke the fourth seal, I heard the voice of the fourth living creature saying, ‘Come.’ And I looked and behold, an ashen horse and he who sat on it had the name Death, and Hades was following with him. And authority was given to them over a fourth of the Earth to kill with sword and with famine and with pestilence and by the wild beasts of the Earth.” (NASB)

The coronavirus disease has been declared a pandemic. Before this declaration, however, it was already a worldwide scare. Keep in mind, though, that the common flu infects about a billion people globally each year and is responsible for anywhere from 12,000 to 61,000 deaths annually in the US alone, according to John Hopkins Medicine. Various forms of the contagion currently known as COVID-19 have been identified over the years since the 1960s. Common types of the coronavirus are 229E, NL63, OC43, and HKU1. Other less common types are MERS-COV, SARS-COV, and SARS-COV2. Add this to the tens of millions of adults infected with AIDS; the rise of tuberculosis, measles, and polio; Ebola, flesh-eating viruses, drug-resistant bacteria, mad cow disease, Legionnaires’, the Zika virus, and many others, and you can see that these might indicate that the fourth seal has already been broken.

My point is this: The world lives in fear. And the more the signs of the times multiply, the greater the contagion of fear becomes. In the last days, the hearts of men will fail them for fear. But God does not want His people to be gripped by fear. He has not called us to live in a state of anxiety and panic. The truth is that if we know our Savior, we have no cause for fear. Remember what Paul told Timothy in 2 Timothy 1:7: “For God has not given us a spirit of fear, but of power and of love and of a sound mind.” (NKJV)

We need not worry if we know Jesus, our Savior. Yes, things will get bad: God’s word promises that. Yes, we must prepare for the last days. Yet in so doing, we should be agents of hope to those around us who have no hope. We should be a contagion for love, joy, and peace in a world that has no peace. As we await our Lord’s return, this is a contagion well worth spreading.