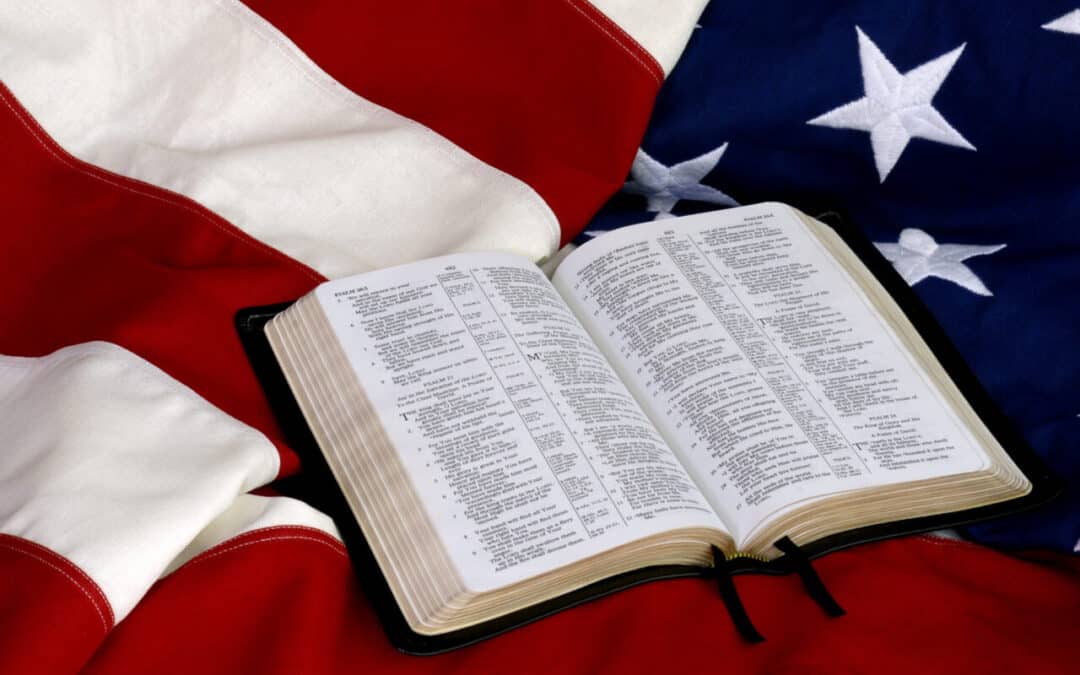 Living for Christ in a Crisis Environment

Is it just me or does it seem as if there is a major crisis of some sort being thrust upon us every month? About the time that the media runs out of things to say about one crisis, the next one rolls around right on schedule, giving the net-works something else to hype for a few weeks.

Like it or not, our nation has taken on a crisis mentality. The media, it seems, is enjoying their role in all of this. Globalist talking heads like the fact that America is falling apart at the seams. It gives them an opportunity to plug their global government socialist agenda as the inevitable solution to our problems. The fact is, crisis leads to change; unfortunately, most of the time, not the good kind. . . .

It is becoming more and more difficult to get away from the increasingly perverted influence of the United States—a sad tribute to a once great America whose motto still is “One Nation Under God.” Like many of you, our family feels trapped in a country that we no longer know, under a government that we do not trust. The evening net-work news is so disgusting we can barely watch it. Everything, it seems, is about expressing sexual freedom and applauding perversion. Evil is now good, while good is being portrayed as evil. The Bible and Christian living are mocked and scorned. Today, the average American knows more about Viagra, Cialis, and sexual dysfunction than they do about Jesus Christ.

So, how do we cope in a godless society that is spiraling out of control? And, what can we do to have a positive impact for Christ in this ever-darkening world?

For starters, it is important that we maintain an eternal perspective. We have to remember that we are here on this earth not for ourselves, but rather to glorify God in spirit and in truth through all of our actions. This does not come naturally for us humans. . . .

In order to function and be God’s light-bearers in this confusing, messed up world, we must make a concerted effort to daily acknowledge the source of our existence, drawing from His immense power and wisdom. Unless we commune with the Lord and receive of His strength, we will not be able to cope with this life’s constant challenges. We, in our own strength, are no match for the enemy. But, with God on our side and by walking with Him day-by-day, we can be over comers.

The question now is, how do we translate this foundational truth into God-pleasing action? Once again, we must begin with a true understanding of the current situation—seeing reality as God does, not the way we would choose it to be.

For example, seeing America’s current situation from an eternal perspective—through God’s eyes—gives us a very different view of reality than if we simply choose to believe the best for the future of our nation regardless of its immoral actions and rejection of God’s ways. In other words, we have to come to grips with reality—to see things truthfully, the way they really are. While necessary, this can be rather painful.

Unlike Nineveh which repented from its top leaders down to its common citizens, America has continued to race headlong into sin in spite of repeated warnings from men and women of God. In fact, the more urgent the call to repentance, the more flagrant the rebellion becomes. Sin in the United States is growing exponentially as our nation collectively—except for a remnant – continues to reject God. This is the fact of the matter, the reality we are facing.

There is no doubt in my mind, given the lessons of history and the warnings from the Bible, that the United States will be judged by God. America as a nation will not be saved. It would actually be unscriptural to think otherwise,  considering the Lord’s clear message in Revelation chapters 13 and 14, as well as 17 and 18. To believe that the United States alone will somehow escape all that is to come is mere wishful thinking—it is not the truth.

If this is the case, what are we to do? The answer is clear. We must focus our main effort on leading individuals in our sphere of influence to Christ. Scripture tells us that all of Heaven rejoices over the salvation of one soul (Luke 15:7, 10). God places a huge premium on individuals. His message, I believe is, “Focus on people, not governments.” People’s souls are eternal, governments are temporal; they come and go. God sent His Son to die for people, not governments.

As we contemplate this fact, another simple truth emerges—namely, governments would inevitably change if people’s hearts were changed. Nations are composed of individuals who in most cases elect their governments (or, at the very least, strongly influence their government). If the people of a nation change their worldview—one-by-one surrendering their lives to Christ—they would in turn vote for those individuals who best represent their worldview in government. This would ultimately result in godly leadership adhering to a biblical worldview and protecting the rights of Christians to worship and live freely.

Unfortunately, many decent well-meaning Christians focus their energy almost entirely on changing our nation through its legal structure, by lobbying candidates for their cause, or by taking an overt public stand on particular issues. While there is nothing wrong with Christians being involved in establishing public policy and influencing the laws of the land (such efforts should be encouraged and applauded), the main call of Christians is to impact and disciple others for Christ through personal one-on-one relationships. This is the example left to us by Jesus, who poured His life into twelve men and a few other close friends and followers. In Matthew 28:19-20, He gave us His final instructions: “Therefore go and make disciples of all nations, baptizing them in the name of the Father and of the Son and of the Holy Spirit, and teaching them to obey everything I have commanded you. And surely I am with you always, to the very end of the age.”

Imagine if every true follower of Jesus took this commission seriously, acting upon it consistently. . . .The impact on our nation, not to mention eternity, would be enormous! Even if we never become a majority, a large segment of our population would be less selfish and more righteous, loving and kind, during the time that remains. This same principle could be applied by Christians living in other countries.

The stakes are too high to ignore. Therefore I ask, “Are you following the example of Jesus?” If so, “Who are you currently pouring yourself into?” Your obedience will make a difference both now and for all eternity.

Gary Kah, editor of Hope For The World Update, is a former government trade specialist and the best-selling author of En Route to Global Occupation and The New World Religion. Gary has appeared on over one thousand talk shows since the release of his books. He has also been a featured speaker at hundreds of conventions, churches, universities and community gatherings in the US, Canada, Europe, Latin America, Israel and India. Gary’s message is spreading around the world as his books are now available in several languages. He has received the Governor’s Commendation for outstanding service to the state of Indiana and the A.C. Wall Street Journal Award for Outstanding Economic Achievement. He has also been nominated for Who’s Who in the Midwest and Who’s Who of Emerging Leaders in America. Gary has been married for thirty-eight years and is the father of four.

If you would like to subscribe to Gary Kah’s quarterly newsletter or would like more information about Gary and Hope for the World Ministries, please visit www.garykah.org.